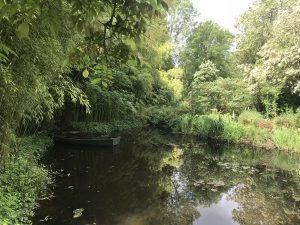 The cruellest thing one can do,
to oneself and to the perceptions themselves,
is to seek the vindication of the madman
by attempting to capture them, somewhat like
a butterfly pinned forever in a dusty museum.
Sometimes these things have their own
insane cruelty
and they break the glass, run beyond the pen
that records recollections, beyond
even the perception initially apprehended,
and flies away towards the red sun rising
just beyond the horizon to go to some foreign land,
some October Country or Land of Oz,
where they seek their own vindication, saying
cheekily that “you’re in Parramatta
with only one foot, with that other,
‘we’re not in Parramatta now’.”
The cruellest months are coming,
the months of withdrawal, withholding,
withstanding the onslaught of memories and perceptions
as they fight for their own vindication,
curating, revising, and asserting
themselves to be those monstrously
magnificent things that exist on the page
but can never be captured by it.

Peter Cartwright  is a Parramatta poet who has been published locally and internationally including in ZineWest the last six years. His themes are mental illness, aging, and social justice issues.