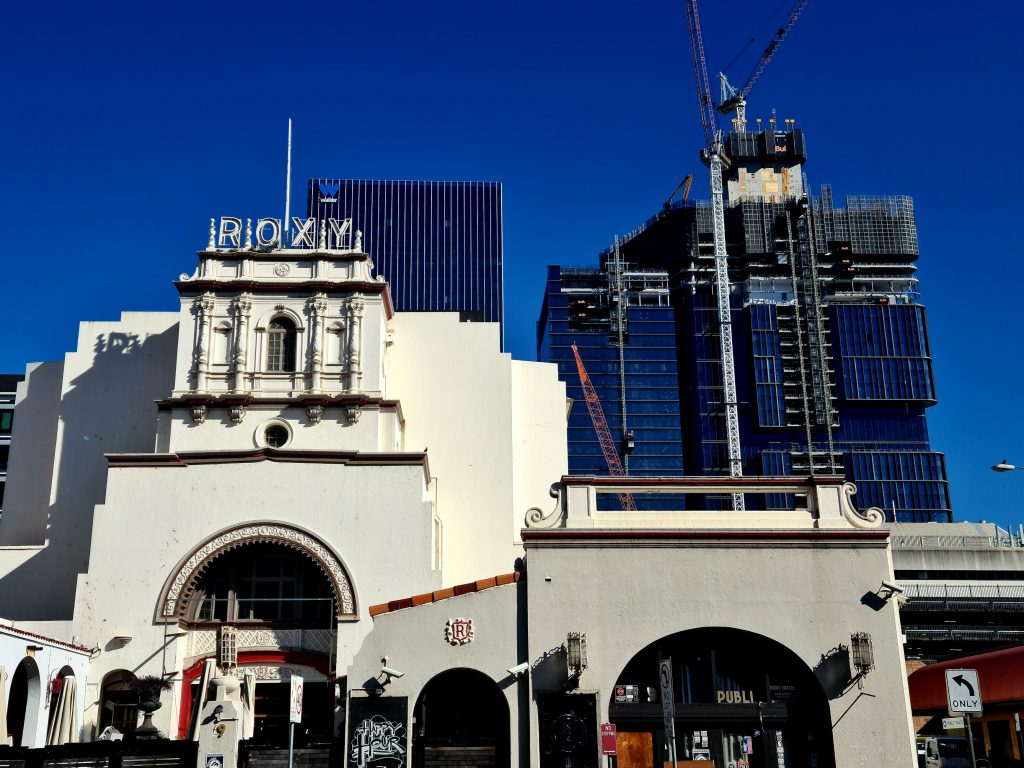 “Used to be a pub.” We’re walking by a hole in the ground.
“Saw Paul Kelly play there one Friday night.”

“How long ago was this?”
She’s sceptical. I guess I would be too. Paul packs the Opera House forecourt, sells out The Domain. Did he ever play a suburban pub, now a hole in the ground?
“Before CDs.”

She rolls her eyes, barely believing there are people who remember a time before music was downloaded, let alone when vinyl wasn’t just some hipster thing bought to prove you’re trendier than the next guy. Is that the right word? Trendier? Am I showing my age again?

We continue our lunchtime stroll, savouring every moment out of the office. Cut under the grey bridge, conversation momentarily impossible as a train roars overhead. By unspoken agreement turn left, run across the road against the lights. Buses only up this street now.

I hate my job. Can’t wait to get out. Never wanted to be a suit, stuck in an office. Hate everything about it. Everything except this, our lunchtime walks. She’s a twenty-something kid who hates her job too. We’ve bonded over a shared hate and now I’m her tour guide to a lost world.

So far we’ve done the river. The old department store, replaced with apartments, fancy restaurants. The Roxy, standing silent and sadly derelict. The pool. Gone. The stadium. Gone. She hadn’t believed me about the night the fans burnt the grandstand down. Especially when I admitted I’d been in primary school at the time. So certain I’d been spinning a tale, she’d had her phone out, Googling it, before we’d even turned into the road leading to the girl’s school, once a convent.

“Used to be a nightclub.” I point towards glass and steel monstrosities flanking yet another hole in the ground.

“What? There was a pub on every corner?”
I shrug. Had certainly felt like it.

We weave through queues of immobile commuters, glued to their phones, waiting for buses belching diesel fumes. Diners packing the outside tables, enjoying their lunches amongst the burbling hubbub of noise.

I hurry to keep up.  She’s making for the site of the cavernous upstairs nightclub. Maybe looking for one of those National Trust plaques. Looking for proof I’m not making it all up.

“Did you go to this one too?”
“Didn’t spend all my time in pubs. Married man with two kids.”

She rolls her eyes again. Clearly that first statement isn’t exactly true.  If I hadn’t spent so much time in pubs I wouldn’t be where I am now.

“Not when you were first here,” she says, half statement, half query. She’s stopped right where bouncers, immovable mountains of muscle, once stood guard at the foot of the stairs.
“Married at nineteen.  Probationary constable here a few months later.”
“Just a kid.”

I laugh. Yeah, just a kid. Just…what?…four years younger than she is now.
“Called out every weekend to break up fights. Had a billiard ball thrown at my head once.”
She’s horrified. Points, wide eyed, to my scarred eyebrow.
“Na. Billiard ball missed. That was a frozen leg of lamb.”
She thinks I’m joking. I leave it be. Some things she doesn’t need to know.

“There were billiard tables?” she asks, looking up, like she can conjure my memories from thin air.
“That was at The Tollgate.” It’s still standing. She drives by it daily. Probably never seen it. “Not here at Stallions.”

She snorts. Thinks I’m joking again.
“Stallions.” Elbows me just below the ribs. “What was it really called?”
“Stallions.”
“No, c’mon, really.”
“Stallions.”

She snorts again. We both laugh. Never before considered how ridiculous it sounded.
“Changed owners. Name changed to Paradise.” I lean towards her, give it everything I’ve got, sing the only line I can remember, a line you’d be hard pressed to forget. ‘Ruuun to paradise.’

An office worker, all efficient looking white shirt, dark suit and heels, rushes by, clutching her takeaway lunch in a brown paper bag, grease stains turning one side transparent. She pulls up quickly, looks at us, this mismatched pair, twenty-something kid and grey haired middle-aged ex-cop.

“Remember when they played that to clear the dancefloor at closing time?” she says to me. I nod, smile. I’d forgotten that.
“Met my husband there,” she adds, voice tinged with something I mistake for wistfulness.
“Special place then.”
“Hardly. Was an arsehole. Divorce the best thing that happened to that marriage.”

Then she’s gone. Hurrying off to an afternoon trapped at a desk, engaged in pointless tasks, stuck in the nightmare of an open plan office.

I check the time.
“Better head back.”

My buddy gives the lost paradise a last look, imagining my world, gone forever.
“Can we do the gaol tomorrow?” she asks.

Nic Lesley has lived, studied, worked and enjoyed entertainment in Parramatta since the dawn of time, or at least since before The Roxy was heritage listed.