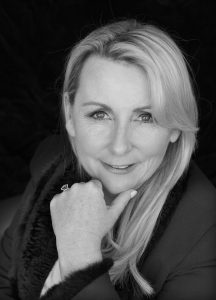 There are swindlers everywhere. From the pompous literati to the glowing glitterati. We are dazed by them. We’re enthralled by them. We drop at their feet. But. Not. Me.

I see through them.

Those chefs. I remember them at that pretentious magazine award. The first one ever. There they all were, sitting next to their mates from the food magazine and slapping themselves on the backs.

They’d all been to each other’s houses for dinner. Every single one of them won an award. Surprise. Surprise.

Next year, the awards rotated between the same backslappers while each guzzled down French plonk and dined on a composition of hand selected, deconstructed l’oursin tartare with a light dusting of pulverised brains from a Tsetse fly. Twenty years on. There they all are again, sucking up to each other, the pliable reviewers and pontificating cooks. Oh sorry. Celebrity chefs. The celebrated ones. The ones who cut out the tongues of the factory farmed animals and serve up their tortured flesh as some macabre celebration of humanity.

It’s the same but different in every industry. Golden Globes. 87 white faced judges. Travel writers: pissants who slurp business class bubbles while lazily penning a story about a journey of self-discovery in a five star Ubud retreat. Artists. Builders. Accountants. No matter the industry, there are charlatans a plenty. But no more so than the food industry.

Gentle humility has left the building. I trace it back to 1984. To a kitchen when those with hands dusted in flour, and brains dusted in other white stuff, came up with an idea. An idea for degenerate vermin.

This was the year that the best meat pie in Australia competition was launched. It’s been all downhill from then. This was the year that the Australian icon of the meat pie lost its humility. No longer can you call a meat pie, humble. The stakes have been raised. The results are in. The pies have been transformed.  Snapper, slow-braised beans, fennel and kataifi pie. The American barbecue whiskey pork and quail egg pie. And the five spiced duck with hand-picked shitake mushrooms in Chateau Lafite Rothschild sauce.

But not the Parramatta Pie. It rocketed to fame through Graham Kerr. He took Parramatta and its unpretentious chicken pie to the world. Chicken. Onions. Celery. That’s the main ingredients of this honest pie. “A chilled white wine goes very well,” says Graham. That’s right. Any white wine. None of this Chardonnay, Pinot Gris or Sav Blanc stuff. That Graham Kerr. He’s no pretender. He knows Parramatta. He knows the locals. They have taste. They don’t need to be led by the glitterati. They can make their own minds up about what type of white wine they’ll drink with their pie.

A haven free from self-importance seems impossible in 2021. But not in Parramatta. So don a blue and gold jersey, grab a pie and goon bag and make yourself at home. No wankers allowed.

Nicole Lenoir-Jourdan’s first memory of Parramatta was buying an Eels jersey at Peter Wynn’s. Her first proper job was in Parramatta as a publicity officer at Family and Community Services. She has great memories of swimming in Parramatta Pool every  lunchtime with the graphic designer and media officer. She also completed her BA Communications at Western Sydney University and spent plenty of time in the pubs of Parramatta.