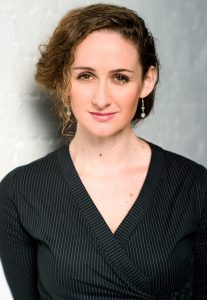 “Your strength is just an accident arising from the weakness of others.”
Joseph Conrad, Heart of Darkness

It was Thursday night when Susan pressed a stainless steel G, and waited to descend to Church Street. Nearly 6pm. Work-mates marched out over an hour ago. Her colleagues a battalion, carrying kite-coloured umbrellas which flapped wire-armed salutes to the Sky Horse on Macquarie Street.

Susan knew not to take advice from impossibly fit weathermen. She preferred to take chances and spontaneously collect cheap umbrellas. If rain didn’t come, she’d have the burden of an unnecessary umbrella. A symbol of her gullibility. Evidence she’d believed a man who claimed he could predict her future. Some things aren’t worth the inconvenience, umbrellas, were one of them. Predictions and men – another.

Today “the battalion” meandered through an underwhelming chorus of “Happy Birthday” for her – with the rousing enthusiasm of kids singing the national anthem. Cake cut in uneven wedges – starting off thick and confident, ended in planes of crumbs and cream – circulated on paper plates. After ten minutes, Susan took her crumbs back to her desk.

Life was, what it was. Daily, Susan listed tasks requiring attention:

She first saw him at her favourite bookstore. At the back, mitred bookcases forced “Poetry” to face “History”. He was thumbing through Larkin; she was scanning the Roman Empire. When he spoke, she heard his sweetness.

There were other things to do:

Coffee with a stranger? Not listed. Could she afford the complication of a stranger, especially one with bright blue eyes and an easy way with words?

She waited in the coffee shop. He found her face and smiled. The conversation was easy. They weaved their way through literary commonality accompanied by flat whites and hot toast.

Their register of common ground swelled:

Susan pencilled his name into her diary, as they shifted through the colours of each season: Winter, Spring, Summer. She found that there was space for:

‘Is your past more important than your future?’ he asked her one night, after the dishes were done and the conversation was getting hot.

He asked her to choose.

She thought. Our histories are more understandable because they have already been, not because they might be. There is a certainty in the past, that the future can’t possess. The future is too unpredictable, too difficult.

She went out for a walk and never went back.

It was 6:03pm when the light on the silver “G” flicked off. A gentle “ding”. Susan stepped out of the elevator.

‘I heard you’d gone to ground,’ he said.

Augusta Supple is dedicated to western Sydney arts and cultural sector in all its myriad expressions. In Parramatta she has watched metal bands thrash, walked the streets with arts elders who tell powerful histories, sat on picnic rugs with writers and watched dancers hold up the sky. She has directed plays about the train to Parramatta, advocated for arts investment and listened to big ideas and big plans wind their way into the public domain.