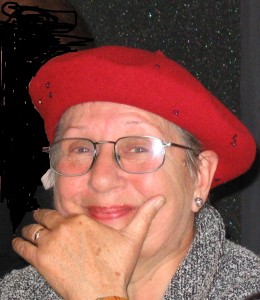 Jacqui Douglas was NWG Inc’s first Secretary in 2002, an inspiring, multi-talented leader of the founding members who helped create a base for us to approach our twentieth year in 2022.
Here she shares a precious memory from Parramatta.

MORE THAN A MEMORY

From the kitchen I could see Nan and Aunty in the next room, looking in the sideboard drawer. With their backs to me they were scanning photographs, some of which were torn up! As the pieces fluttered to the floor they spoke a language I had never heard before.

Children of those times were not encouraged to ask questions about things that should not concern them, so I did not ask. But as the sisters were a different colour, the fact that they knew another language was just something else I did not know.

As a sixty year old, I knew that my Grandmother and sister were Malyankapa women from Corner Country New South Wales. They spoke many languages, some of which were recorded and are now held in Canberra.

I had a small collection of Albert’s water colour reproductions hanging in our Guildford home and I took myself to this multi layered production for all sorts of reasons near to my heart.

Four or five days later I was at the Parramatta Salvation Army Op Shop, in the far right hand corner, with my back to the door. There I heard a softly spoken conversation that was part of my memory. I turned as a 10 year old, expecting to see my Nan and Aunty. Instead, it was Albert Namatjira’s two granddaughters with a minder. I walked towards them and began to cry.

Apologising for my tears, I explained to their minder about my first experience of hearing an Aboriginal language. She explained this to Albert’s granddaughters and we three old ladies held hands and smiled at each other.

This is one of my dearest memories.