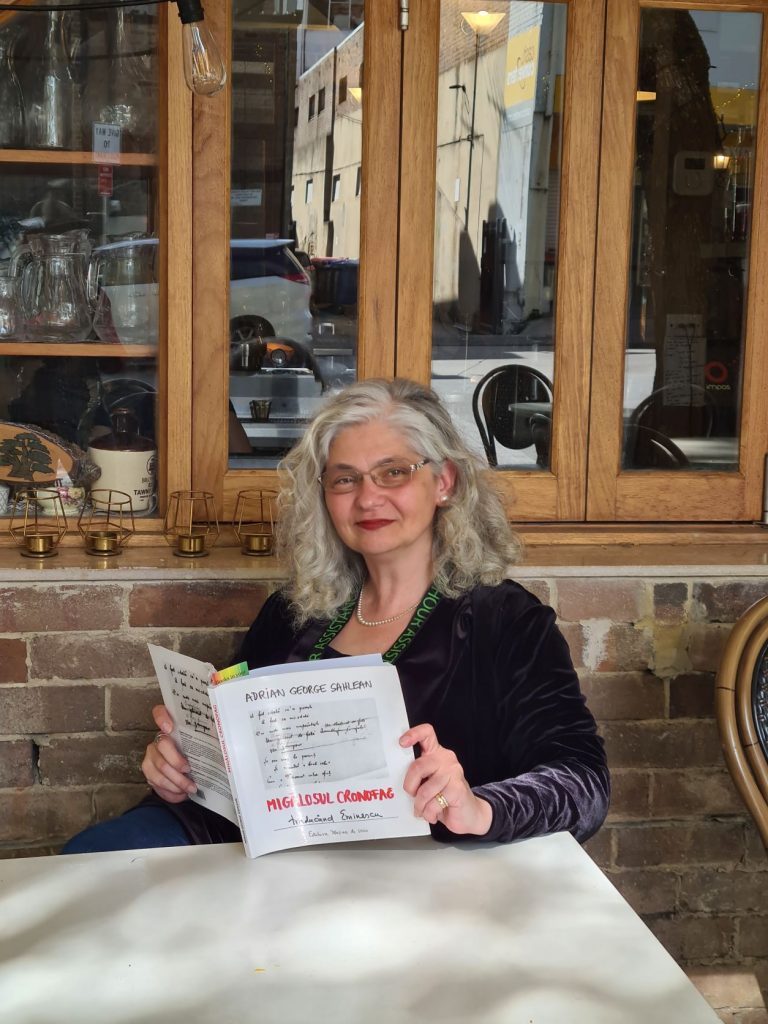 NEW Writers’ Group Inc Gathering September 2022,  Poetry Matters, was led by Romanian Australian poet and editor, Mihaela Cristescu, who shared some reflections on the significance of poetry. The group also talked seriously about our favourite poems before turning playful with limericks and making poetry from prose.

To open the session, Mihaela spoke of the development of language and poetry, citing academic debate from thinkers such as the Romanian Mircea Eliade (1907-1986) who linked the origins of poetry to early creation stories expressed in dance and rhythmic sounds.

‘From the first written verse until contemporary poetry, we have tried to understand the importance of different forms of expression and their impact on readers and listeners.’ M. Cristescu.

When we name poetry genres today – Narrative, Dramatic, Lyric, Epic, Elegy, Light, Prose Poetry, Satirical, Ekphrasis …many have long histories. Prosody (meter, rhythm, intonation) is frequently less structured than in the past, however we still use a wide range of forms – we might write a sonnet, a tanka, a contemporary Bush poem, a verse novel, Spoken Word/slam poetry.

‘In Australia, some Aboriginal artists, writers and musicians draw upon both the forms of their ongoing oral heritage and other diverse artforms handed down in print.’ S. Crawford.

Mihaela told us about her University days, when she studied The Canterbury Tales, Metaphysical Poets (John Donne), Shakespeare, Romantic Poetry, the Lake Poets (Coleridge, Wordsworth, Keats, Blake, Browning) and later Yeats and a ‘long and very interesting course about T.S.Eliot and his poetry’ that differed from the past greats with its modernist fragmentation, multiple voices, contradictory references and free verse form.

Mihaela concluded with her choice of a ‘favourite poem’ – the famous Luceafarul  ‘Legend of the Evening Star’ by Romanian National Poet Mihai Eminescu (1850-1889). She read aloud excerpts in Romanian so we could listen to the cadence of the original verse and also in English so we could understand the narrative.

Mihaela Cristescu is the Secretary of NEW Writers’ Group Incorporated which is based in Parramatta. She is on the selection team for ZineWest and is the co-ordinator and chief editor of a series of Romanian/Australian anthologies see Code-Mixing Poetry. She is a widely published bi-lingual poet, editor and translator.