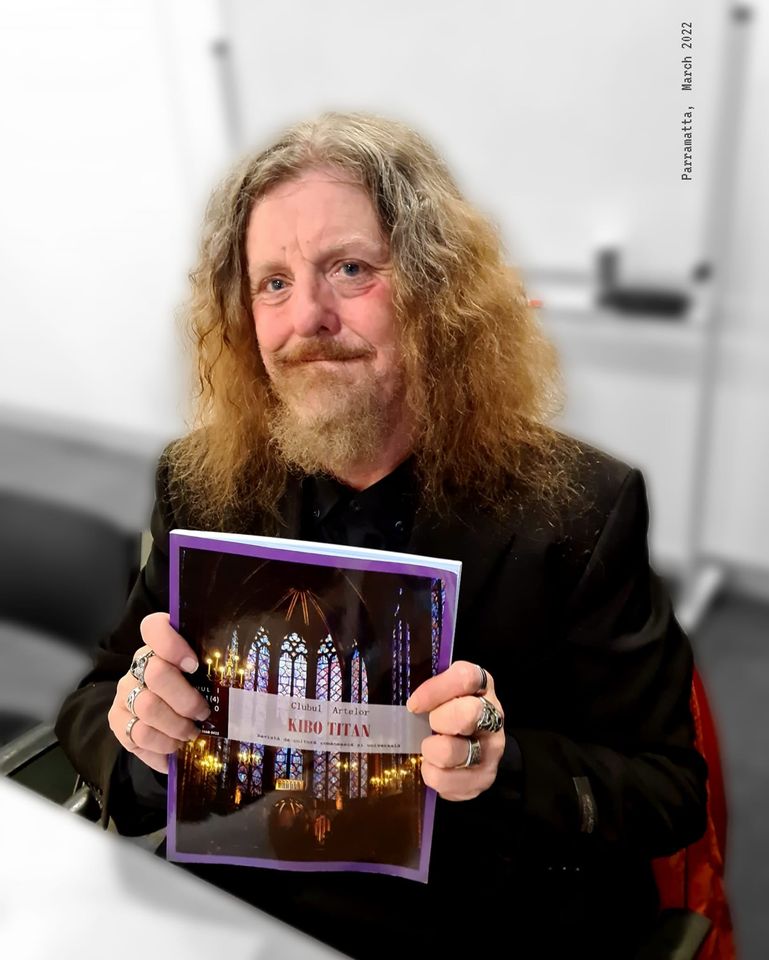 If the gnarly old bloke who brought you up
is hardly much older than you
but still takes a superior attitude,
don’t bother with him, he’s a waste of time.

When the well-dressed strangers turn up at your house,
push you around and steal your stuff,
replacing it with gaudy plastic trinkets,
remember, whatever happens, it’s still your home.

Always do your best to get on with your neighbours,
be free with your favours and mind your
own business, it’s better that way, and the place
is less messed up, and whatever you do comes back to you eventually.

Keep in mind that concrete is solid, strong and quiet,
and even though steel and brass are
shiny and brash, they make too much noise,
wake you up and excite you, but they have nothing to say.

Always treasure the days, when it’s sunny and when it rains,
and the days when it’s all in balance.
If you can, live on the hill, not near the river,
and remember, you’re lucky, some people don’t have any of that.

I focussed my binocular vision on the windows of fifty seven
neighbours and didn’t see a single thing,
except a woman with her hair in a veil,
dressed like a lorikeet and hanging out her family’s washing.

I never travel on the night buses with all the drunks muttering
under that ghostly, ambient light,
the woman huddled near the front,
and the plastic couple up the back that may have a penis or two.

Beware the insinuations and importations of those people who try
to look local but fail miserably.
Remember, some local things are just portals
to fill the pockets of strangers and offer you nothing in exchange.

Never forget where you belong, and always shout a beer
on a Friday night at the pub,
you never know when the boot
might be on the other foot, and everyone needs their mates.

Always remember your mother loves you, so don’t desert her,
be loyal and stand by her, because
no matter what you do and where you go,
a part of her is in you, and your deportment reflects on her.

One Warm Day in Parra

All the things we talked about
are gone now, like the houses
that flash past on an express bus ride;
they’re somewhere but not in sight,
or the old buildings here, gone,
demolished, and never to be seen again.
This place will always be our village
to me, no matter how it grows,
and you’ll always be my Jersey Girl,
just more elegant and genteel,
come here all the way from Washington.
It seems we’ve loved each such a long time,
this town and me, you and me, this place and you,
the three of us moulded together
like Parra’s people and Parra’s heart,
at times under threat,
but as firm as a three-legged stool,
the kind they used to use for milking the cow
at my uncle’s farm at Kelsey outside Bathurst.
It feels like we’ve been here for such a long time,
as if we were put together before we met,
before we were even born, just waiting
for that magical nudge, one, then two,
then three, and now we have the milk
of it all, on the balmy days, the rainy days,
and all the days beyond any proper description.
The traffic’s going east and west
on the highway, not even thinking we’re here,
as if we’re myths, invisible products of superstition,
as if their pilgrimage to the Westfield
to see the lights and shiny things, and to bring
home some relic or souvenir, as if the babble of coffee drinkers,
the solitary tomb rooms of solicitors, and the brightly lit,
sanitised clinics of dentists, are more real
than the tiny globe of contentment that can’t
possibly be true in this age of rush and trash.
The trains are going west from here,
and sometimes east, stopping, dropping people, taking
some away, as if it’s really Parramatta the theme park.
It’s interesting to think of living in such a place,
a theme park, like some Washington friend, maybe Theresa,
seeing pictures from the balcony here
and being amazed that we live somewhere
she thinks of as being like a tourist resort.
Everything we’ve ever thought and said
seems to disappear, but it really just circles
at a distance, waiting for the right time to come close
to us again, like a planet in irregular orbit,
like a light, like a city that’s as unnoticed
as my hand, your hand, our hands in each other’s,
or when we touch the whitewashed bricks
of the Roxy just here, hoping they don’t
steal away the rest of our village, one brick at a time.
You, me, and our village, all the dreams
I need to carry on in this life

Peter Cartwright writes about Western Sydney and has been called ‘Parramatta’s Poet’. His themes include mental illness, aging, and social justice issues. He has been published in literary journals locally and overseas and is an award-winning contributor to ZineWest (NWG Inc’s anthology for Western Sydney creatives).